Gunung Palung National Park (GPNP) is a 108,000-hectare protected area located in and around the Gunung Palung and Gunung Panti mountains in West Kalimantan, Indonesia. In addition to being one of the most complete National Parks in Borneo, with seven distinct ecosystem types representing nearly every type of vegetation in Borneo, it is also a United Nations Great Ape Survival Project conservation priority area. GPNP is home to an estimated 2,500 Central Bornean orangutans (Pongo pygmaeus wurmbii), approximately 14% of the remaining wild population of this subspecies. It is also important habitat for a wealth of other biodiversity, including the Malay sunbear (Helarctos malayanus euryspilus), white- handed gibbon (Hylobates albibarbis), proboscis monkey (Nasalis larvatus), Sunda pangolin (Manis javanica), and Horsfield’s tarsier (Tarsius bancanus). Deep within the National Park lies Cabang Panti Research Camp, established by Dr. Mark Leighton in 1985. Cabang Panti, encompassing 2100 hectares, currently houses a diverse assemblage of research projects including our Gunung Palung Orangutan Project, begun in 1994. Describing the Park’s importance and beauty in words is difficult, and many researchers who have studied in Gunung Palung in the past have declared it the most stunning rainforest that they have ever worked in! 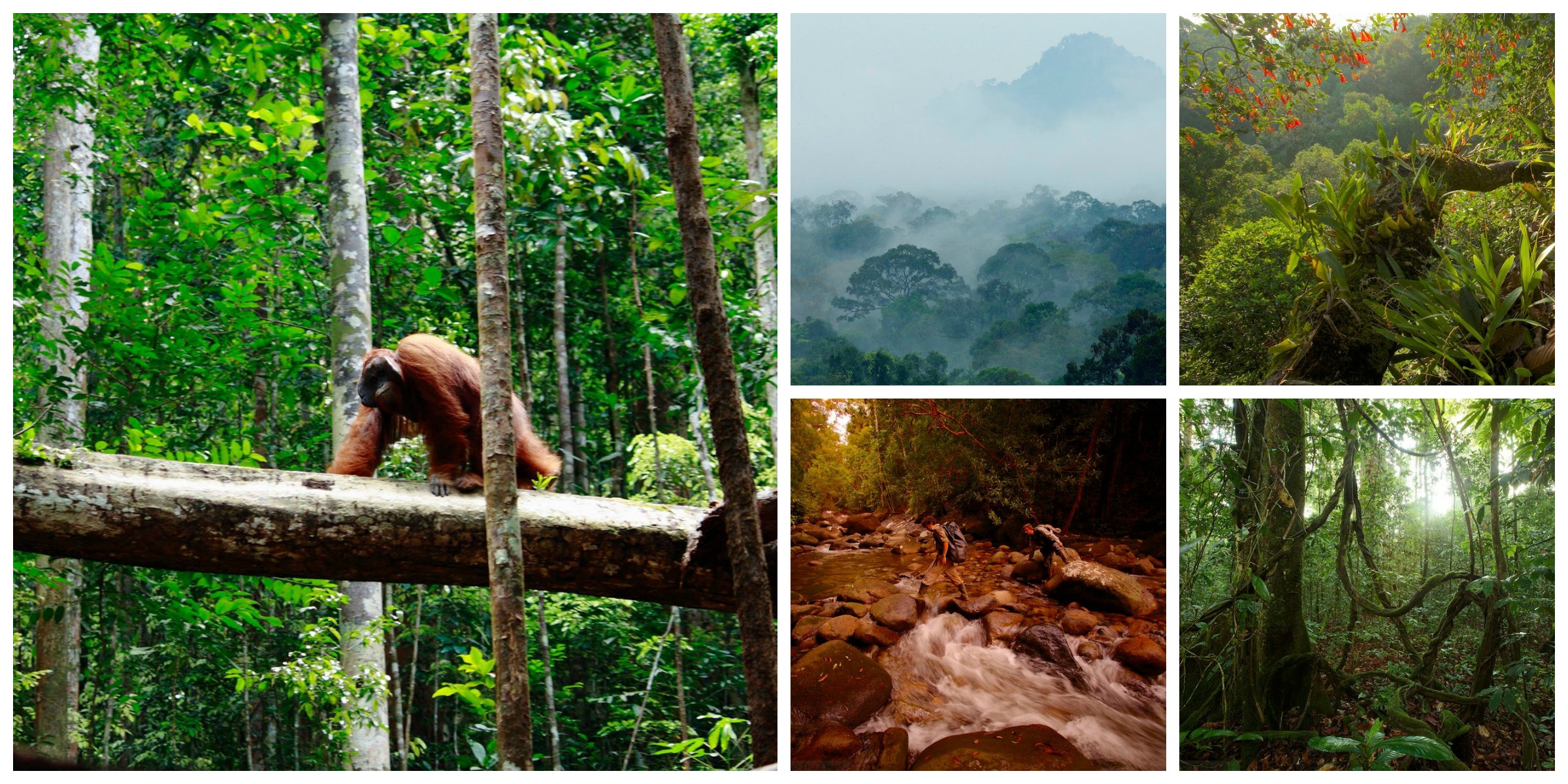