An orangutan who was found trapped in a snare is released back into the wild by our partner, International Animal Rescue

The storage facility of an illegal logging operation 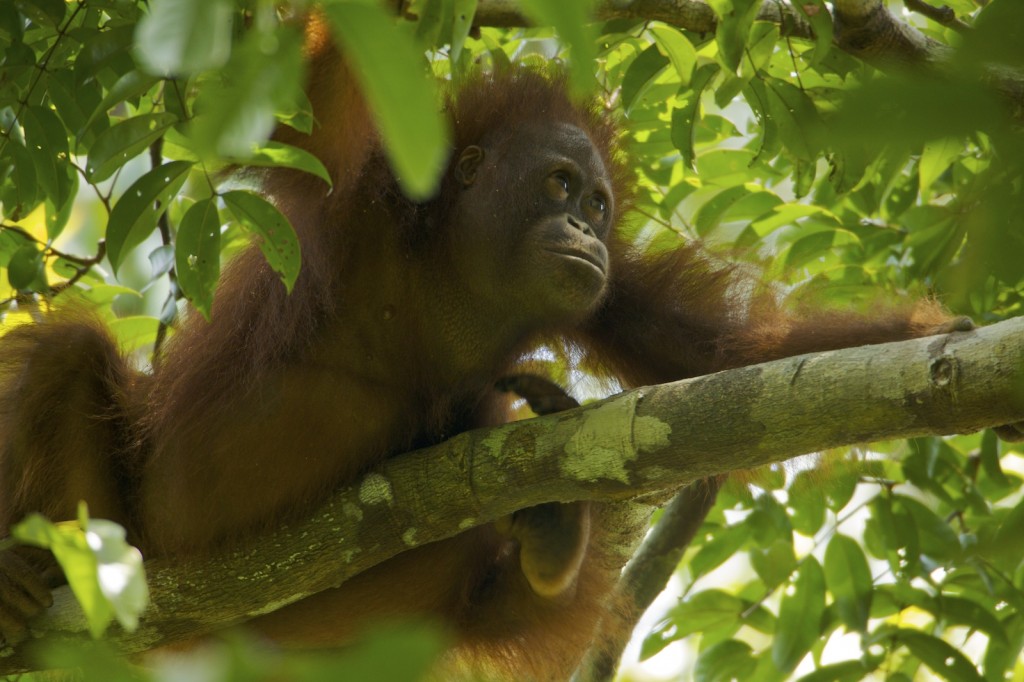 Conserving orangutans in the wild depends on protecting their rainforest habitat, which is continually threatened by deforestation and forest conversion for agriculture. Gunung Palung National Park represents one of the most important blocks of orangutan habitat left in the world and the IUCN has identified it as a crucial population for the species’ survival. This 108,000 hectare park and the surrounding landscape is home to approximately 10% of the world’s remaining wild orangutans and the highest density of the southwestern Bornean sub-species (Pongo pygmaeus wurmbii). Gunung Palung also has 178 resident species of bird and 71 other species of mammals, including endangered species such as sunbears, proboscis monkeys, gibbons, and hornbills. The park has a unique diversity of habitats, ranging from swamp to montane forest. Gunung Palung is also of significant scientific value. One of the longest-running studies of orangutan behavioral ecology, led by Dr. Cheryl Knott, is based at Gunung Palung. Her work has led to ground-breaking discoveries such as the influence that food availability has on orangutan reproduction, which has implications both for conservation and for understanding human evolution. The ecology of the park has also been continuously monitored over two decades, producing an unparalleled amount of information on rain forest ecosystems.

Unfortunately, Gunung Palung’s national park status has not eliminated the threats posed by logging and other detrimental human activities. In 2003, after many years of gradual encroachment, illegal loggers began cutting down trees within the research site in the park’s interior, including many that had been continuously monitored for over 20 years. This led to the suspension of research and tourism activities within the park. However, illegal logging within the protected area has now been largely eliminated due to the commitment of the park authorities, local government, and various NGOs (including GPOCP), showing that a concerted effort can make a difference. But the threat of a logging resurgence remains, making continued vigilance critical, and small-scale deforestation for agriculture and human settlement at the park edges continues. Gunung Palung is also now threatened by the rapid expansion of oil palm agriculture in its buffer zones. Orangutans regularly use the buffer zone forests, so plantations threaten orangutan habitat as well as important wildlife corridors. Oil palm development has also created social conflicts within local communities who struggle to assert authority over village forests and to sustainably manage their natural resources.